St John's Hospital at the intersection of Beam Avenue and Hazelwood Street was opened in 1985, but this is not their first location. In 1910, a private mansion on Hoffman Avenue (now Mounds Boulevard) in the Dayton's Bluff neighborhood, was purchased and converted into a 25-bed hospital. It was named St. John's German Lutheran Hospital and received its first patient, a typhoid fever case, on October 1, 1911. The first two floors were for patients and the nurses lived on the third floor. The doctors and nurses sometimes had to carry patients up the stairs to the second floor because there were no elevators. One method of raising money was through the sale of hospital tickets, an early form of pre-payment for health care. 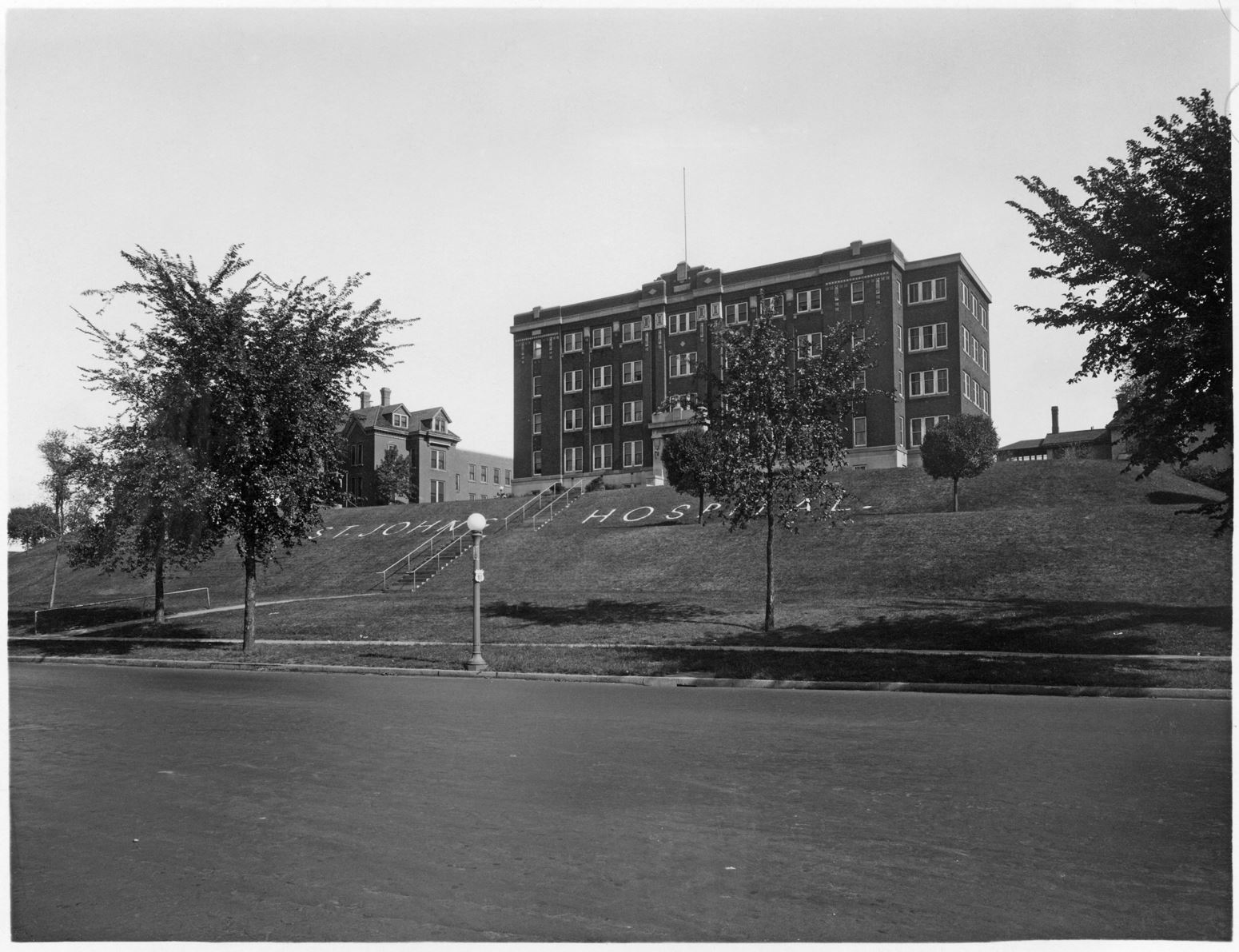 In November 1915, a new facility was dedicated at the intersection of East Seventh Street and Mounds Boulevard. In 1918, the hospital was turned over to the City of St. Paul during the Spanish flu epidemic to care for charity patients. Within 24 hours, the census jumped from 55 to 138 patients. Thirteen died within the first 12 hours. The nurses were also stricken with flu and other hospitals had to send replacement nurses.

The hospital grew, with a major expansion in 1951. St. John's developed specialized nursing units in 1956 for Limited Care, General Care and Intensive Care that soon would be developed in other areas of the country. In 1961, the hospital celebrated 50 years of service and a survey found St. John's was the dominant hospital on the East Side of Ramsey County and served a substantial part of Dakota and Washington County. In 1969, the hospital started a Coronary Care Unit, a prenatal class and offered programs for alcoholics, smokers, diabetics and drug abusers.

1982 saw the approval to begin construction at the Maplewood location, which opened in 1985. This was a state-of-the-art facility with private rooms. In 1986, St. John's joined other faith-based hospitals in the East Metro to form Health East Care System. The facility at East Seventh and Mounds Boulevard was closed in 1987 and, in 1992, Metropolitan State University moved their administrative headquarters and main campus into this former hospital.

Major expansions at Maplewood have occurred almost continually since opening. Today it is a full-service, acute care hospital with 184 licensed beds. Its 950 employees treat more than 41,000 patients in the emergency department every year, deliver more than 3,000 babies and perform more than 6,000 surgeries. It is a major health care facility for the entire northeast metro area.