The St. Paul Winter Carnival is the oldest Winter Festival in the United States, dating back to 1886. Sources report that due to a small pox epidemic which halted the 1886 Montreal Winter Festival, businessmen in St. Paul were able to lure Alexander Hutchinson, the designer of Montreal's 1883 through 1885 ice palaces, to design Minnesota's first ice palace. The castle was constructed in St. Paul in February 1886 with more than 35,000 blocks of ice. Over the years the St. Paul Winter Carnival has built 36 Ice Castles. Lake Phalen has played a key role in both the development of Ice Palaces and the Winter Carnival over its long and storied history.

The Chicago Tribune reported in 1965: "The 79th Winter Carnival will be launched on Friday night, January 22, with the coronation of King Boreas XXIX, ruler of ice and snow and monarch of the north wind." Lake Phalen played a central role as the Tribune continued, "Teams of sled dogs from several states will race around a meandering course at Lake Phalen on the closing Saturday and Sunday, January 30 and 31." 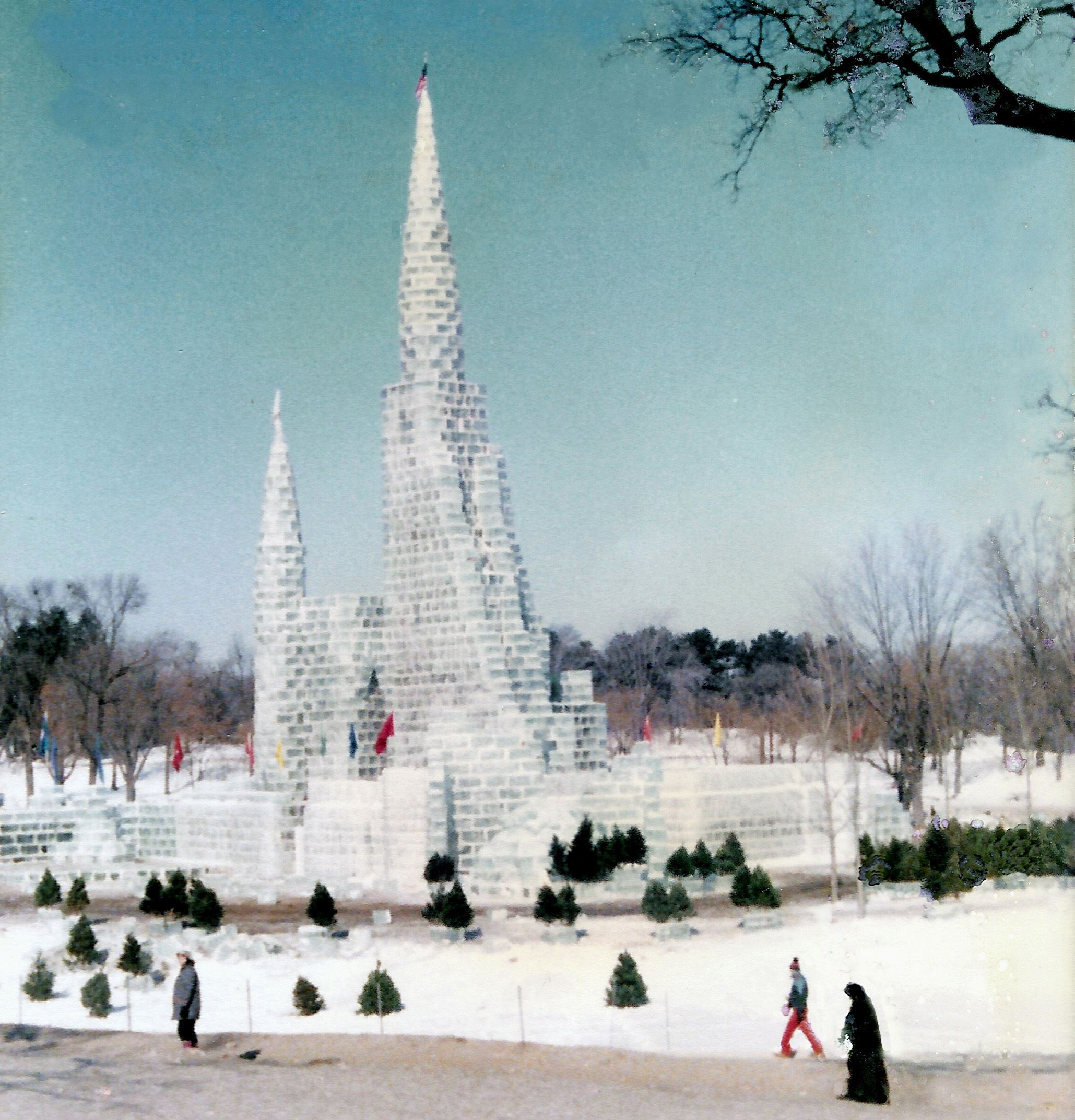 In 1986, the 100th Anniversary of the Winter Carnival, the Ice Palace was built in Phalen Park, on Picnic Island. At that time it was the tallest Ice Castle ever built: 128 feet, 9 inches high, and 90 feet long by 90 feet wide. Lake Phalen supplied over 10,000 ice blocks, each 42 by 24 by 23 inches. The structure took 400 union tradesmen, who volunteered their time, to build it. The Ice Palace was completed by January 22, opening day of the carnival, despite 15 days lost due to project delays. One delay related to the required $1-million dollar liability insurance policy. First, the $50,000 price tag for the policy was an obstacle. Second, no insurance company was interested in taking the policy. Joe Franzerote, president of WUSA-TV, Channel 11, donated the $50,000 when an insurance company finally stepped forward. The structure was further delayed by a cold spell when temps dipped to 20 degrees below zero making it dangerous for workers.

King Boreas didn't get an ice palace for the Winter Carnival in 2015, but he did have a nice throne in a royal outdoor courtyard from which to defend against the Vulcans. Once again, workers raised ice blocks from Lake Phalen and transported them to Rice Park in St. Paul to complete construction. Each block was 42 by 22 by 12 inches and weighed approximately 450 pounds. The construction required around 1,200 blocks.

The Vulcans usher in spring but Lake Phalen has always been ready when Boreas and his court need ice to stir the hearts of Minnesotans with songs, parades and ice castles to hold their dreams.