In 1853, travel time from St. Paul to Duluth via stagecoach was 36 hours. This was reduced to 11 hours when the Lake Superior and Mississippi River Railroad (LS&MRR) completed their tracks in 1870. In 1886, a depot was built in Gladstone and for 81 years trains stopped here for passengers and freight. These tracks passed through present-day Maplewood along the route of today's Bruce Vento trail.

In May 1857, the Nebraska and Lake Superior Railroad was chartered to operate a railroad between Lake Superior and the Mississippi River. But the economic slowdown from the Panic of 1857 resulted in no credit being available to purchase the needed labor and materials. In March 1861, the railroad was reorganized as the LS&MRR with financing from Jay Cooke and Company of Philadelphia. Tracks were laid to White Bear Lake by September 1868, and to Duluth by August 1, 1870. 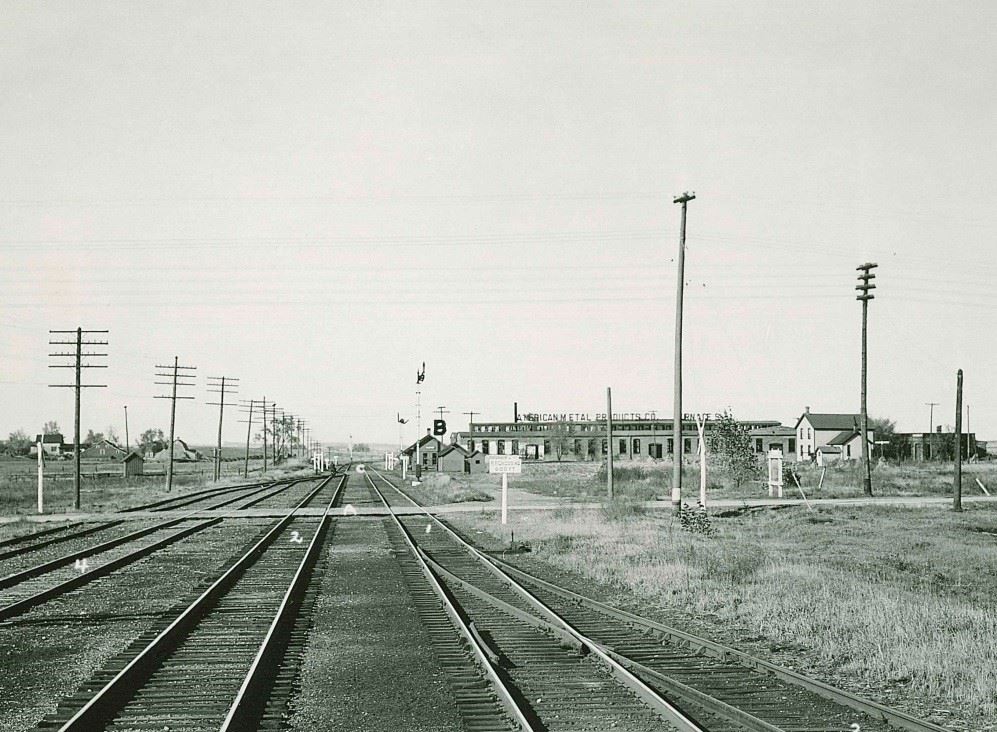 The railroad steadily increased revenues until the Panic of 1873 when Jay Cooke and Company went bankrupt and the economy declined severely for many years. The railroad declared bankruptcy in 1877. A new company, St. Paul and Duluth Railroad (SP&D) bought the railroad with financing from new investors.

The telegraph operator at North Branch in 1880 was 17 year-old Richard Sears. He served for two years before leaving to work in North Redwood, Minnesota, where he began selling watches that led to his founding of Sears, Roebuck and Company.

By 1887, there were as many as 25 daily passenger trains going through Gladstone and the SP&D began a large investment in reducing the grades, straightening the curves and installing a double set of tracks to reduce operating costs between White Bear Lake and St Paul. In 1900, the Northern Pacific Railroad (NP) bought out the SP&D. With the advent of automobiles and highways, railroad passenger service began to decline until January 1967, when the last passenger train passed through Gladstone and the depot was demolished. In 1970, NP merged with other railroads to form Burlington Northern (BN).

The tracks were removed in Gladstone in 1986, and freight was routed to Duluth over the former Great Northern Railroad. In the 1990's, the right-of-way was acquired by Ramsey County and a paved trail was constructed. The trail was named in 2001 for Congressman Bruce Vento, a well-loved politician from the East Side of St. Paul. Today it exists as a multi-use trail but the trail corridor is reserved for possible future bus or rail transit (the Rush Line Corridor). Perhaps we will again see a passenger depot in Gladstone. Photo courtesy of Maplewood Area Historical Society