In a peaceful residential neighborhood behind Gladstone Community Center, there is a mid-century modern brick building on Skillman Avenue. It was built in 1967 as the first public library in Maplewood. Today it is home to Assalam Mosque (The Mosque of Peace). How did a library and then a mosque end up in this place?

The Ramsey County Library Board was relatively young in 1964 when planning for the Maplewood branch library began. The Board began in 1951 as an offshoot of the St. Paul Public Library System, starting with bookmobiles and other small outlets. Maplewood had the first branch library in the system with the opening of the building on Skillman Avenue. 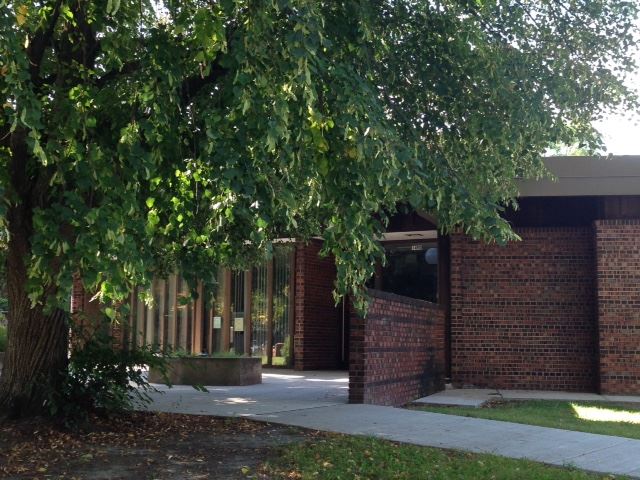 In January 1965, the Maplewood Village Council presented representatives of the Library Board the deed to the two-acre triangular lot near Gladstone School. However, the library could not be built until funds were available in 1966. The Library Board wanted any building paid for by the time it was completed.

Buetow and Associates were hired to design the new library and the project was estimated to cost $140,000 for 7,000 square feet of space. When it was finished in 1967, Larson Building Company had completed the library for $206,585. One-third was paid by federal funds; the remainder was paid by the Library Building Fund. The building design is somewhat unique; it is a round brick structure with a flat roof. The interior of the building has the original brick walls and brick floor.

The library dedication on May 21, 1967, was attended by state, library, county, and village officials. One of Gladstone Community Club's last donations before it went inactive was $730 to the new library to purchase books for the community.

In 1993, a new library was built on Southlawn Drive so the building on Skillman went up for sale. In January 1996, Ismaili Muslims sought to buy the building. Permits are required for churches to congregate and neighbors were surveyed prior to the granting of the permit. There was some racial and ethnic bias in the responses, and complaints about increased traffic, but Community Development Director Melinda Coleman warned, "We should not base our decision about this church on the religious or cultural views of [its] membership." The permit passed.

Ramsey County sold the building in April 1996 to a Muslim individual who sold the building in 1997 to the current owner, the Islamic Institute of Minnesota. The word "Pioneer" usually conjures up images of covered wagons and little houses on the prairie. But "pioneer" can be applied to the Muslim community which moved into Maplewood in 1997. Assalam mosque was the first Muslim mosque on the east side of the Twin Cities.