As a young farm boy in the 1950s, Bill Bruentrup would hang on to a rope hung in the family's barn and swing out the door toward a sleepy two-lane road named White Bear Avenue. Since then, the barn and farmhouse have been moved, and there are no more cornfields next to White Bear Avenue. Something else has grown in its place: Maplewood Mall. The Mall is now 42 years old. Early on, some Maplewood residents cast a skeptical eye at the hole in the ground wondering out loud if this was too commercial for their city. 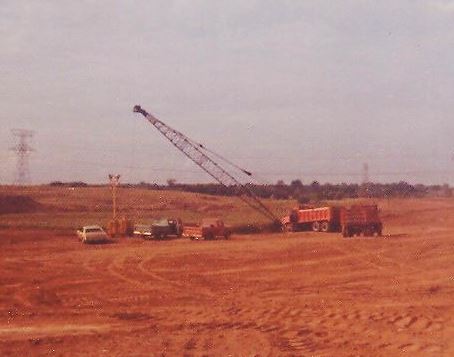 Today, what now seems like a small investment of $8 million dollars began the development of the 125- acre Mall space situated at County Road D and White Bear Avenue. The project was announced on January 23, 1968. Within six years Maplewood Mall opened its doors with a celebration on July 31, 1974. In its over 40 years, the mall has seen popular stores like Woolworth's, Baskin Robbins, Walgreens, Donaldson's, Carson Pirie Scott, Dayton's, and Marshall Field's come and go. Current anchor stores include Macy's, Kohl's, JC Penney, Sears, and Barnes and Nobles.

The Mall's exterior face and indoor décor have also changed over the decades. During a 1988 renovation, the original yellow and orange décor was replaced with white plaster and palm trees and the Mall was expanded to approximately 718,000 square feet, adding 40 new stores and moving the food court to the new west wing of the mall. In 2011, the Mall was updated with new entrances, new carpeting and tile, and energy-efficient lighting. Today, it contains over 130 stores and occupies 931,000 square feet over two floors. As a community service, the Mall walkways open two hours before stores open, so local residents can walk inside for exercise.

The concept of Maplewood Mall has changed over the decades as the shopping habits of different generations have changed. However, the Mall's double-decker Venetian carousel has remained a popular attraction. Handcrafted in Italy and assembled inside the Mall in 1998, thousands of children and their parents have ridden it over the years.

Additionally, the Mall continues the tradition of pictures with Santa and hosts multiple craft shows displaying local and regional area artisans. On rainy days, cold days, and even hot summer days, Maplewood Mall is a convenient and comfortable place to shop.