The night creeps on, the mist gathers, a shadow crosses the tombstones, what was that noise? Cemeteries have historically gone hand in hand with good stories. But even without ghost stories, Maplewood's Forest Lawn Cemetery and Mausoleum is extremely interesting. The Cemetery, located at 1800 Edgerton Street, is among the oldest and most venerated in Maplewood and Minnesota. 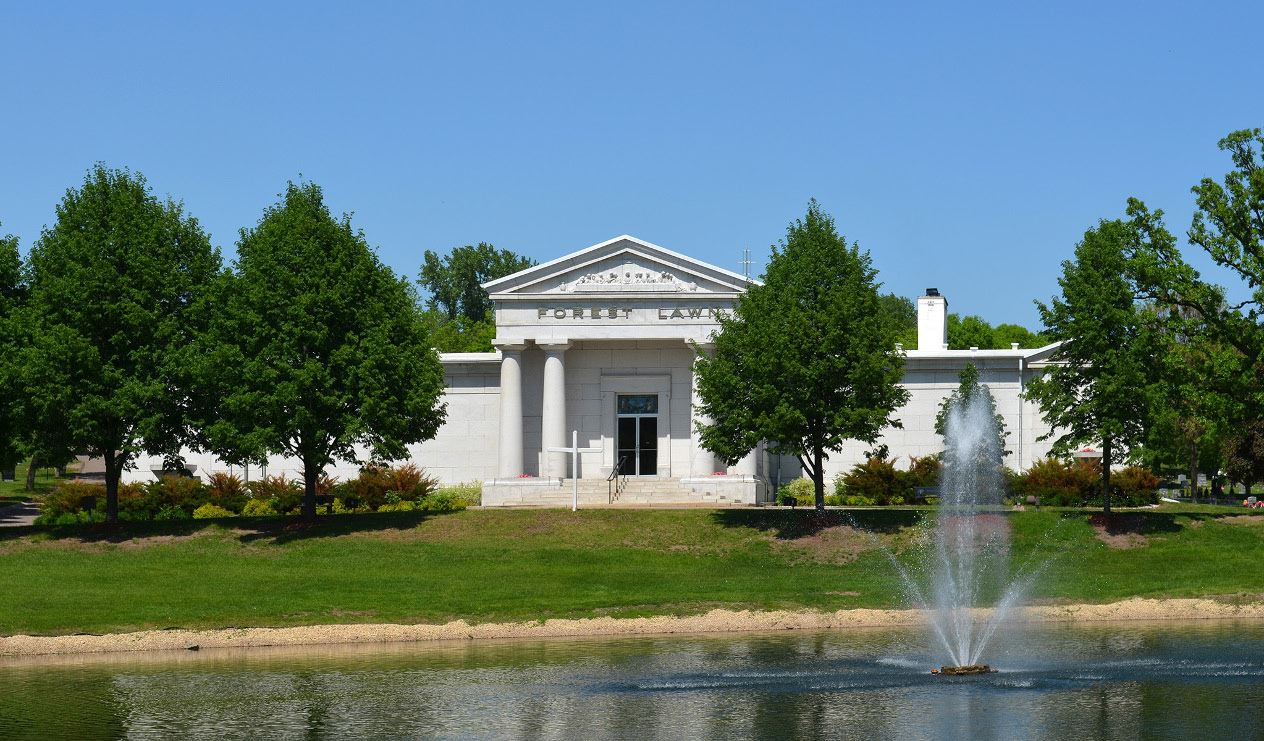 The community mausoleum was completed in 1919, making it the first mausoleum in the state. Mr. Cecil Bryan noted in an article written in the Daily Oklahoma Newspaper, dated January 27, 1918, that the community mausoleum was the largest in the world. There are more than 1,400 crypts and more than 650 niches in the building. The entire cemetery is approximately 44 acres with an estimated 15,000 individuals buried there.

Ms. Janice Quick of the Maplewood Area Historical Society has researched the headstones and the lives of citizens buried at the Forest Lawn Cemetery. Many of the tombstones are ornate and painstakingly carved. It was common for tombstones to include symbols reflecting images of the person's life, beliefs, and career activities. From approximately 1890 through 1910, many gravestone carvers created tombstones with images of tree trunks in them. This could be done due to the soft limestone that was used at that time. Each broken branch on the tree represented a relative who had passed before. A tree stump often meant a person's life was cut short. Wheat or corn often symbolized a long life and the person being ready for the Divine harvest. Other symbols were often added to indicate membership in groups like the Masons, Oddfellows, or other civic organizations.

One can clearly see great historical nuances in the cemetery. Aside from the unique headstones, one will find many gravesites of veterans who have honorably served our county. If you visit this site, look for Congressman Bruce Vento's grave. Congressman Vento was the co-author of legislation that established the Boundary Waters Canoe Area in northern Minnesota. It is fitting that he rest in Forest Lawn Cemetery amid trees and grass. Within the last thirty-five years, the American Hmong community has honored Forest Lawn as a final resting place for family members. Their black marble monuments bring a rich and interesting addition to the Cemetery. Forest Lawn Cemetery and Mausoleum is a must-see for all citizens of Maplewood and Minnesota.