Urban fringe farming. Market gardening. Trendy terms for 2016? Nope, these are descriptions for truck farming in the townships around St. Paul in the 1800s. Around the turn of the twentieth century, Maplewood was in a prime location to supply fresh fruit and vegetables to the growing city of St. Paul, and truck farming became a major industry. 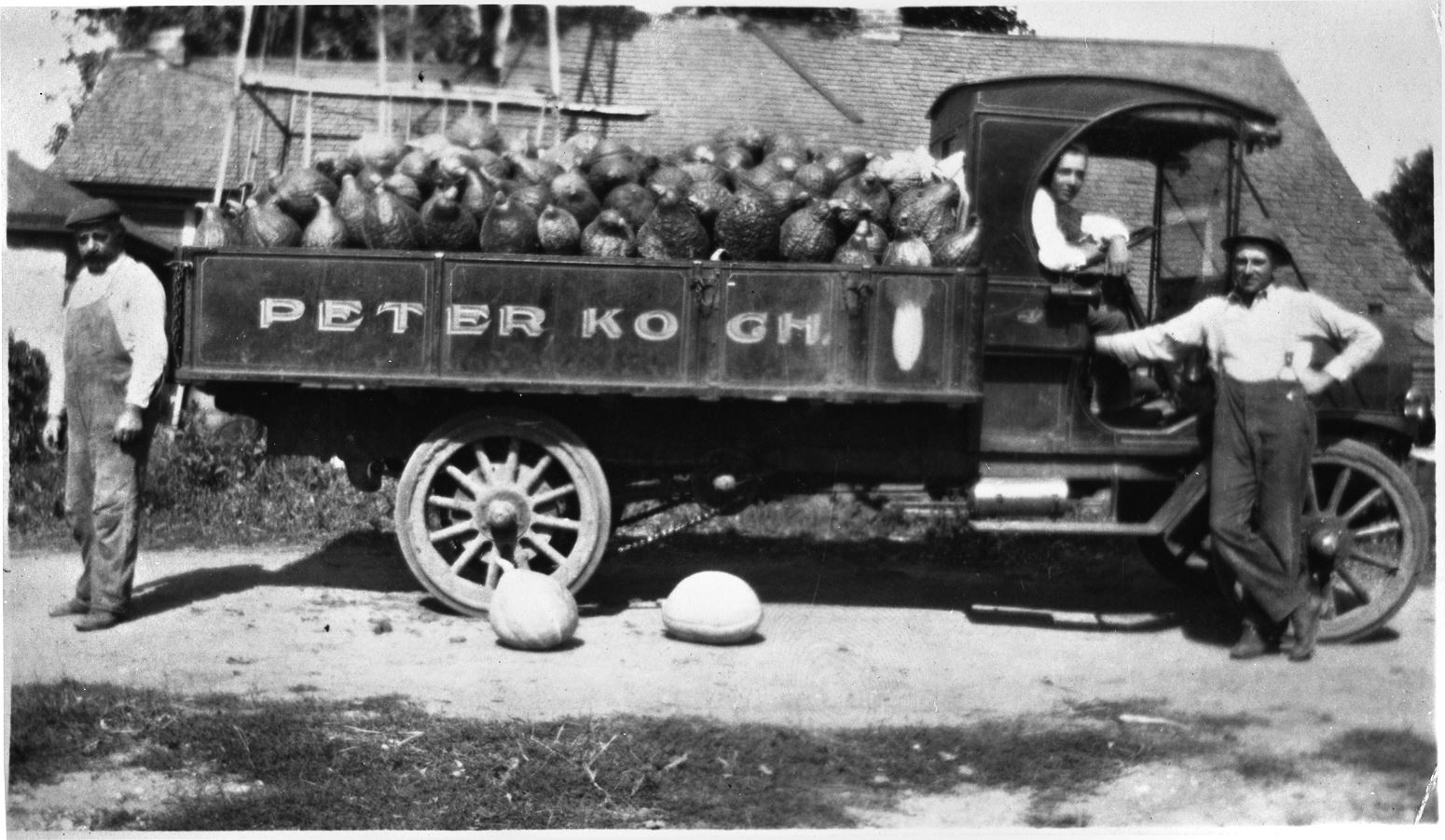 Truck farms were generally less than 20 acres and differed from more rural farms of the time. Compared to their rural counterparts, urban fringe farms tended to produce higher-value crops on smaller plots of land. Growing fruits and vegetables near the end market was an obvious business strategy in an era without refrigerated trucks. While truck farmers grew a variety of crops, they also tended to specialize in a higher-value crop. Rural farmers more often grew everything they needed. Truck farming declined significantly after World War II as land prices increased and national grocery markets grew.

One example of an area truck farming family is the Koch family. Peter Koch emigrated from Germany in the 1880's and purchased ten acres of land near Highway 61 and County Road C in 1892. For a time, he worked for a celery farmer on Mississippi Street in St. Paul. He then looked for boggy land suitable for growing his own crop of celery. While he grew a variety of vegetables, Peter Koch was the first to grow celery in the area. Peter stopped going to the St. Paul Market in 1910 when the family bought their first truck. Son Jacob took over, perhaps because Peter never learned to drive. Jacob was the celery "king" at the St. Paul Farmers' Market and had a celery stalk painted on their 1912 truck. Jacob continued renting a stall at the St. Paul Farmers' Market on 10th and Jackson until 1953.

As you plant your organic suburban garden or vow to eat only local produce, remember that it's nothing new. It's a return to our Maplewood roots.