The abandoned building at 1375 Frost Avenue is probably the oldest building in Maplewood. It was constructed in 1879 near the north end of Lake Phalen "to hold elections and transact all business connected with the town" (New Canada Township). The town government was led by three supervisors who were elected every year and most of the business in early years was to create and maintain roads and bridges. As the population grew, a more central location was needed and the building was moved to the south side of Frost Avenue in 1900.

The building was uninsulated and heating was minimal so meetings in wintertime were frequently moved to the Edgerton or Gladstone school houses. This was especially prevalent for the annual meetings in March when there was a large turnout of residents to vote on the mill rate for taxation and major expenditures. During the 1940s, there were at least three proposals to build a larger meeting hall. But all were voted down when voters decided the cost was excessive for a new building used only once each year. The building was sold to the Temple Baptist Church in 1952 and moved to the north side of Frost Avenue. The church expanded and added a brick veneer during the next 8 years such that the only part of the original building left might be the framework.

In 1969, the building was purchased by Donna Funk for her Gladstone House catering business. Sometime after 1996, it became the Oakwood furniture store but by 2003, it was abandoned and thieves stripped it of scrap metal. Without heating and air conditioning, mold quickly developed such that it became unusable. For 72 years, the government of what is today's Maplewood was located in this small building. 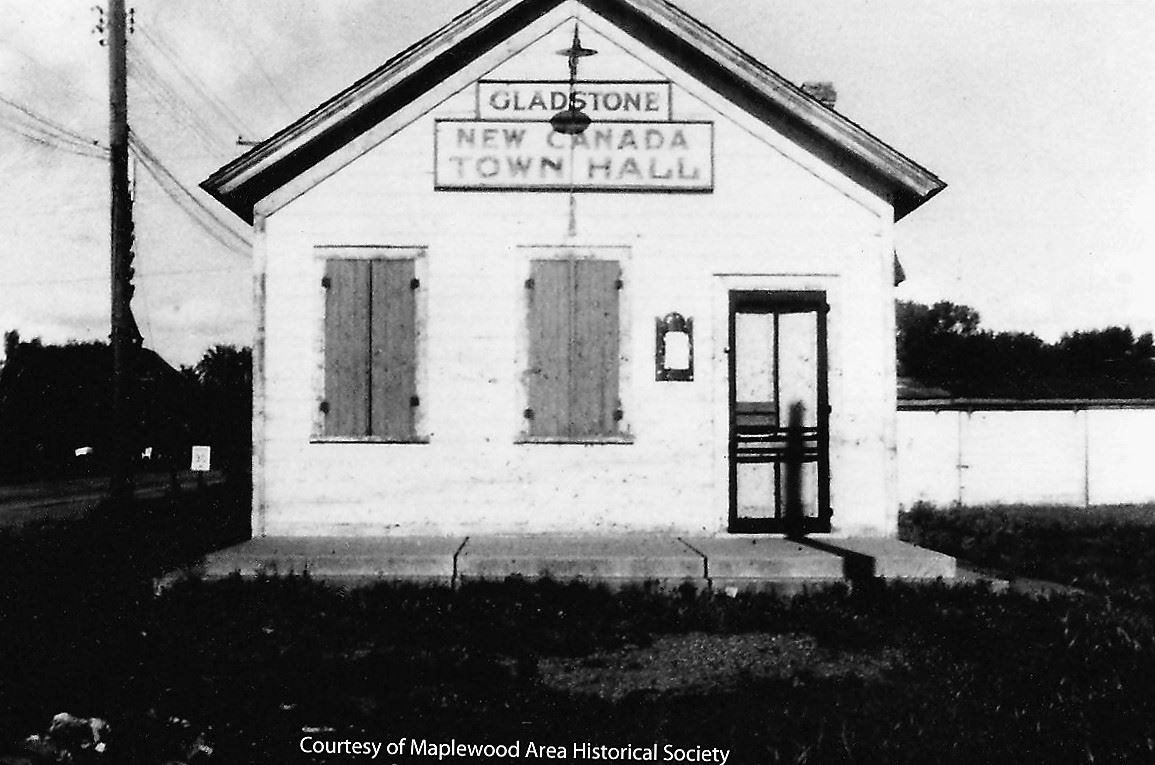