Lake Phalen is named for Phalen Creek that flows out the south end of the lake. Edward Phalen (or Phelan) was a former soldier that settled along a creek that flowed between Phalen Lake and the Mississippi River. In 1838, he was discharged from Fort Snelling. He took a series of claims around St. Paul and lived in a cabin about a mile away from the other settlers. 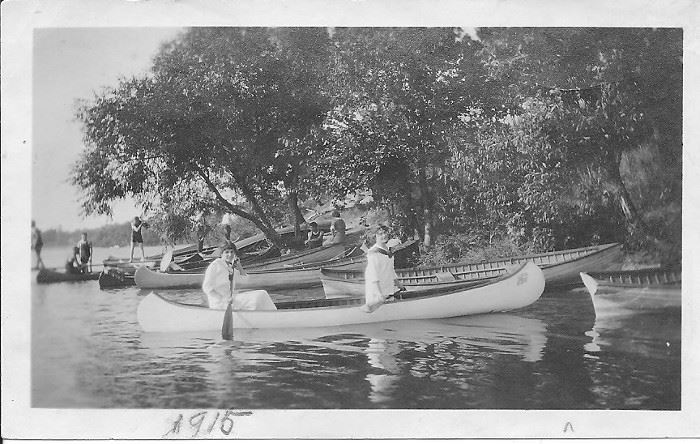 In September 1839, Phalen was accused of murdering John Hays, his partner in the claim business. John Hays' body was found near Carver's cave and at first it was rumored that the chief Wa-kin-yan-ton-ka (Big Thunder) was responsible. However, people at the time thought Phalen was the culprit and he was charged with murder and sent to Prairie du Chien. He was sent there because the crime was committed in Wisconsin Territory. Despite the suspicions, Phalen was acquitted due to a lack of evidence. When he returned he settled on Phalen Creek.

Eventually Phalen left for the gold fields of California and was killed by his companions in what they called an act of self-defense along the route. A prominent local historian of the late 1800s considered it a disgrace to have the lake from which St. Paul received its water supply (from 1869 to 1913) named after a "brutal murderer."