Near the corner of Larpenteur Avenue and Highway 120 sits a magnificent concrete, stone, and brick building. Built in 1965 this modernist structure was home to St. Paul's Priory. Designed by prominent Minnesota architect Val Michelson, the building at 1725 Monastery Way is one of the most architecturally significant properties in Maplewood. It is over fifty years old and eligible for the National Register of Historic Places because of its beautiful design by Mr. Michelson.

How did St. Paul's Priory end up in Maplewood? In 1948, the St. Benedictine Convent in St. Joseph, Minnesota was too large at 1,200 Sisters. They created three offshoots to form smaller priories. Archbishop Murray invited one group to St. Paul. In 1949, 178 Sisters moved to 301 Summit Avenue naming their institution St. Paul's Priory. The Summit building was never intended as a permanent home. They looked for land north of St. Paul due to fewer Catholic schools in that area. In 1953, 80 acres at Larpenteur and Highway 120 were found. Thirteen heirs of the Fernholz family finalized the sale to the Benedictine Sisters in 1955.

The Sisters intended to build a priory, high school, and home for the aged. The priory was first on their list but the Archdiocese needed a high school. The all-girls Archbishop Murray High School opened in September 1958, merging in 1971 with Hill High School to become Hill-Murray.

In 1959, planning began for the priory building. The Sisters were familiar with Val Michelson's work on the Abbey at St. John's University where he worked for internationally famous architect Marcel Breuer. Michelson was selected to design the priory which was completed in 1965 with three wings and room for expansion. Expansion never happened. By the 1990's the number of Sisters dwindled and a smaller facility was envisioned. The Sisters wanted the Michelson building reused rather than razed. In 2006, they sold the Michelson building to Tubman Family Alliance and the adjacent land to Common Bond Communities. The Sisters moved to the new St. Paul's Monastery (name changed in 1997) at 2675 Benet Road in February 2009. 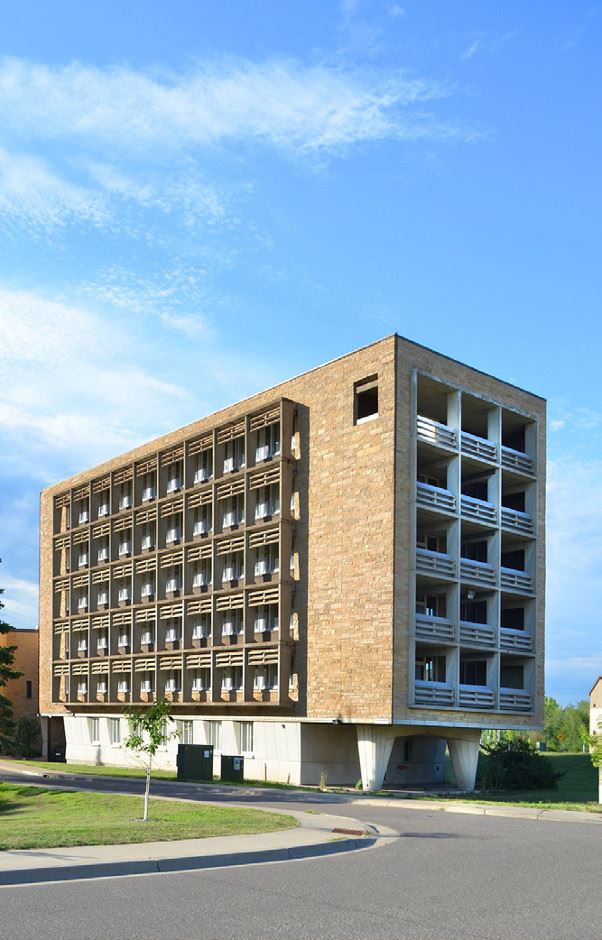