The area that became Maplewood was first surveyed in October 1847 by the federal government to create townships Number 28 and Number 29, a total of 72 square miles. In 1858, when Minnesota became a state, residents created local town governments and renamed township Number 28 as New Canada Township and Number 29 as McLean Township.

McLean Township immediately lost 22 square miles because some of the land was on the west side of the Mississippi River in Dakota County and St. Paul wanted two square miles for its growing City and Washington County wanted the southernmost four square miles. Thus began the loss of township land to other counties or cities. From 1858 until 1890, St. Paul continued to annex portions of both townships for its growing population. In 1888, citizens in the northeast corner voted to incorporate as the village of North St Paul. By 1890, only four square miles remained of McLean township (today this is the "southern leg" of Maplewood) and residents voted to become part of the larger New Canada township.

In 1953, residents in the northwest corner voted to incorporate as the village of Little Canada. The remaining land in New Canada Township was an upside-down "L" and encompassed about 18 square miles. The township saw rapid growth of new homes because of veterans returning from WWII. Township residents wanted additional services such as city water and sewer and better roads, which could best be met by a village government rather than a township government. Also, the City of St. Paul was discussing annexing the area where 3M was building the 3M Center and the only way to stop this annexation was to incorporate as a village. 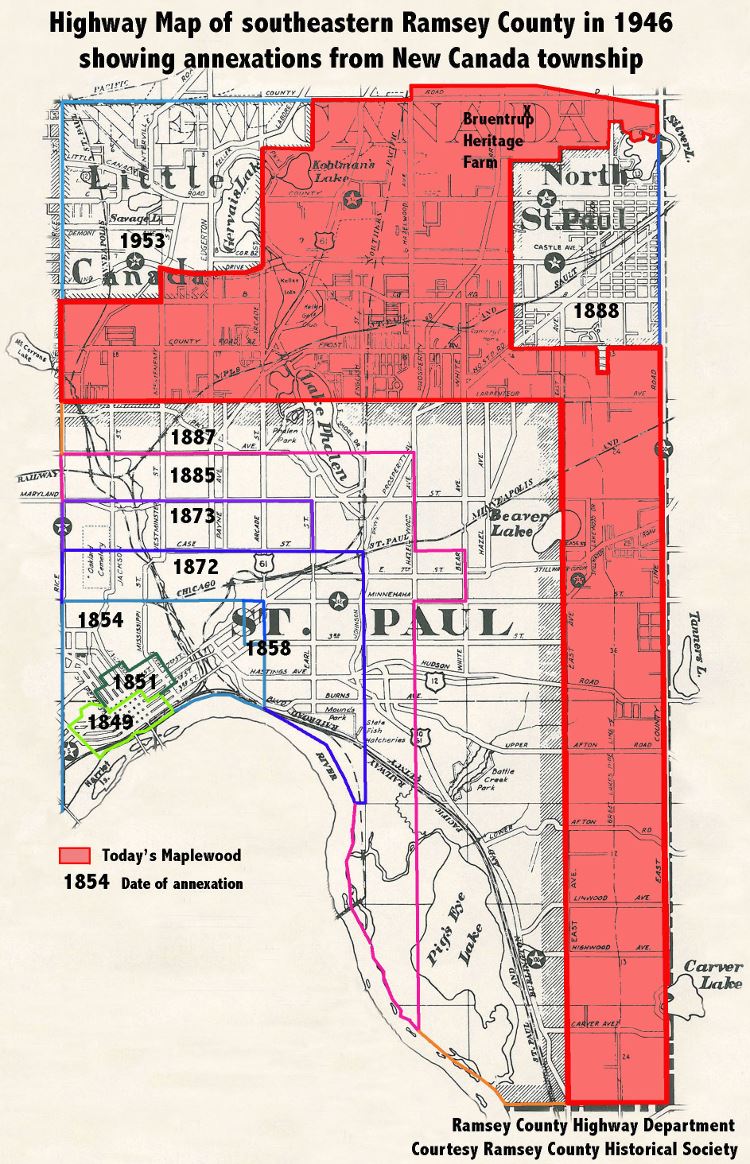