Did you know Maplewood is home to the oldest continually active ski club in America? As you drive along I-494 in south Maplewood you can see the top of the largest of four ski jumps at the St. Paul Ski Club facility. Did you notice how close the jump is to I-494? It is so close that almost nine acres of the Ski Club property were taken by the state when the freeway was built.

The Ski Club started in 1885, in St. Paul naturally, but in 1949 they leased 25 acres of land just north of Carver Avenue. The Ski Club refers to this area as their Carver Lake site. Pete and Rose Sadowski offered the club a ten-year lease on the land with an option to buy. It was fortunate the club took advantage of the purchase option since their St. Paul facilities closed over the years. The Carver Lake site was originally just used for training but by 1975 the Ski Club centered its operations in Maplewood where they remain on Sterling Avenue to this day. 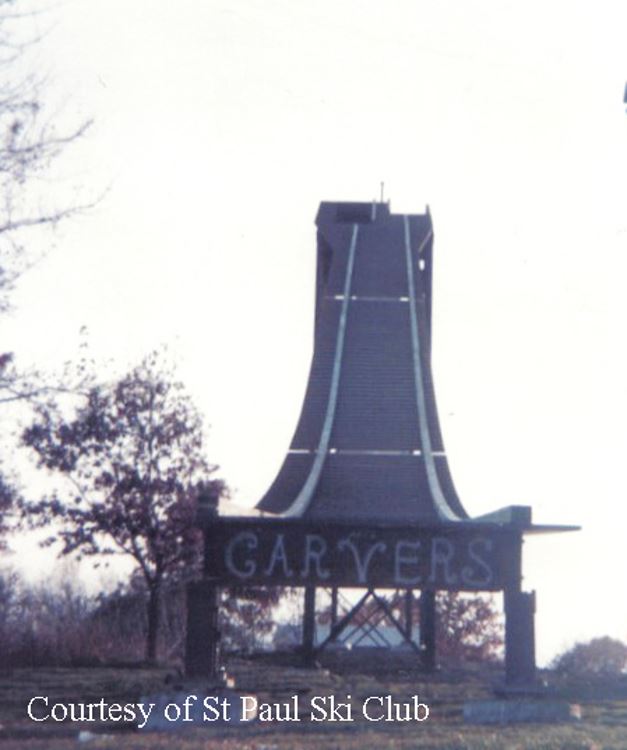 The ski jump you see today is the second large slide constructed on the property. The first was built in 1949 using utility poles donated by Northern States Power. Today's structure is made of steel set on concrete footings. It opened in December 1972 and was named Harrington Hill in honor of Tom Harrington, a prominent member of the St. Paul Ski Club.

Next time you are driving along I-494 between Lake Road and Highway 61 look west of the freeway for the ski jump, which has been a Maplewood landmark for over 66 years.